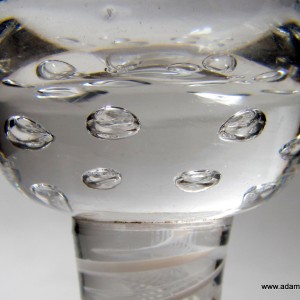 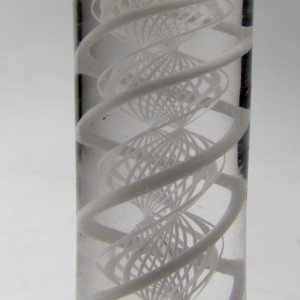 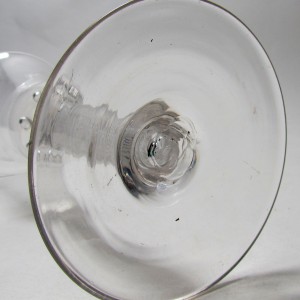 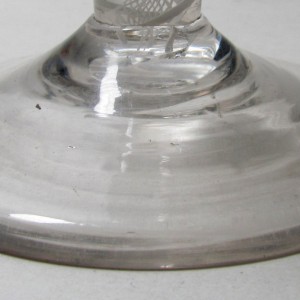 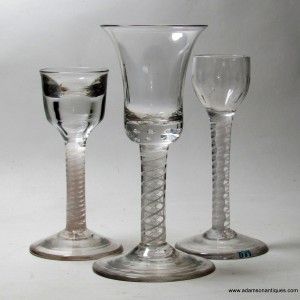 A very fine and large opaque twist wine glass have a bell bowl with solid base containing a double row of tears over a double series stem composed of an inner multi ply corkscrew with a pair of heavy threads around.all on a plain conical foot.

Persistently described by some as English from previously published out of date information these superb twist glasses are in fact now known to have been produced at the Nostetangen glass works in Norway, Nostetangen had primarily used German glass blowers producing non lead glass up until 1755 ,when realizing that the glass industry was failing agents were sent abroad to entice new skills in an attempt revive the industry. A young English man,James Kieth from South Shields a stones throw from Newcastle upon Tyne along with others who had been tempted away from home introduced lead crystal to Nostetangen and the glass house flourished from then onward producing very fine lead crystal glasses, many with a very Newcastle type design !!

This superb large example shows both an English and Germanic influence with the double row of beads in the bowl base , this feature has in the past led some authors to believe that they were produced in Newcastle the supposed home of the Newcastle Light Baluster which often feature beaded knops.

A large glass, beautifully made and in perfect original condition.