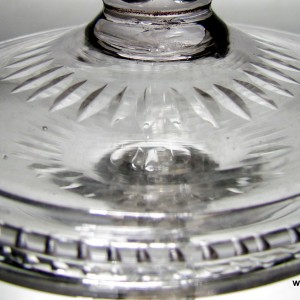 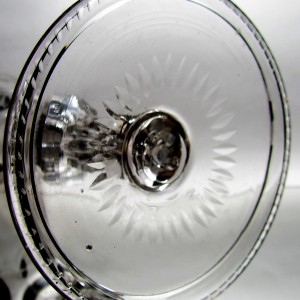 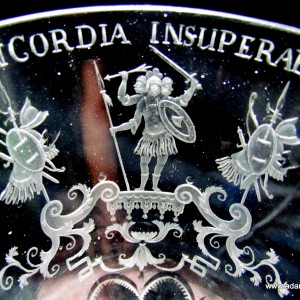 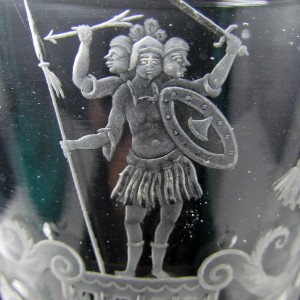 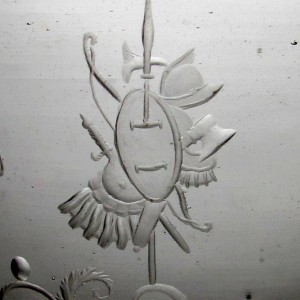 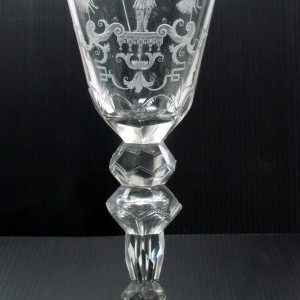 A very fine and rare Saxon goblet, probably Dresden, having a round funnel bowl with facet cut arches to the base , the edges of which are very finely notch cut ,sitting on a triple knopped and teared stem which is also facet cut with the two upper knops also having very fine notch cuts to the facet edges,all standing on a folded conical foot which has again been very finely notch cut around the folded edge,a Tour de Force of cutting skill !!

The large bowl is very finely engraved with an image of Geryon the three headed mythical warrior , the book of Emblemata published in Leiden in 1591 records this image along with the inscription Corcordia insuperabilis as, "there was concord between three brothers,such mutual care , one love between them all, and so, unconquerable by human force, they held wide realms and were called by the one name of Geryones",

This is a rationalization of Geryones the unconquerable giant with three heads who lived on the island of Erytheia who was eventually killed by Hercules.

From every aspect ,the superb cutting ,the very fine engraving ,the proportions of the glass and it's very rare image this is a quite remarkable goblet in perfect original condition.