This section of the Adamson Collection provides space for a varied selection of items from the major European glass making centres such as Holland, Belgium, Germany and Bohemia (now the Czech Republic) and Scandinavia.

As with English glass all manner of items for the table were made in continental Europe including wines, cordials, goblets, tumblers, tankards and tazzas. It is also in continental Europe that some of finest wheel engraved glasses were produced. It wasn’t until the 19th century that English engraved glass of any great quality began to appear. Previous to this most English engraved glass was the product of itinerant engravers most likely from Germany and Bohemia. One of the most acclaimed centres for high quality engraving on the continent was Holland and in particular Amsterdam where the likes of Jacob Sang produced his fine works of art. Sang, like so many others, was of German origin.

Scandinavia was another important centre for glass making with a history of experimenting with lead glass at the end of the 17th century. By the mid 18th century many lead glass vessels in the English style were being produced mainly through the knowledge gained from glass makers who were enticed/poached from England in an effort to revitalize a flagging industry.

For those who can see beyond the shores of Britain, Continental Europe provides a tremendous array of wonderful glass. 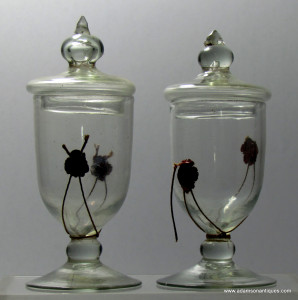 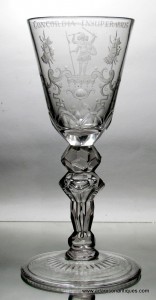 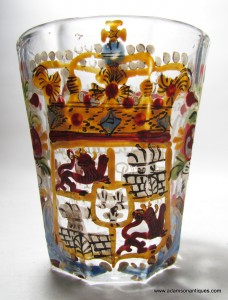 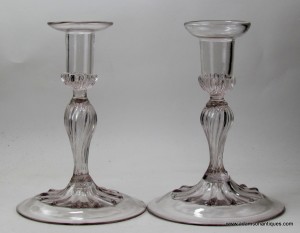 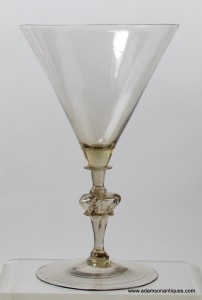 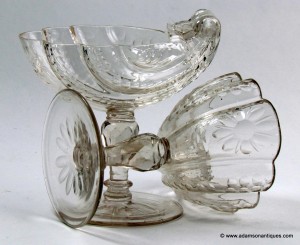 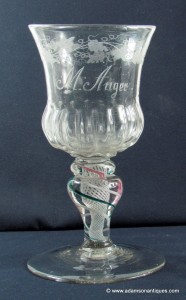 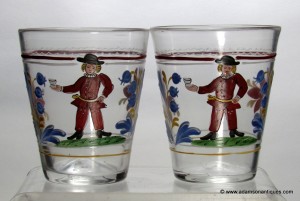