The word balustroid was coined by E B Haynes when he undertook the mammoth task of attempting the first proper classification of English glass in his publication Glass Through The Ages.

To some the name balustroid implies an inferior product - but as Haynes himself wrote, "At first they are doubtfully distinguishable from the later balusters, they gradually deteriorated in style and somewhat in manufacture as their market widened to include more people of less and less wealth" not, as some have commented, as a result of taxation on glass. As might be expected when production expanded, product quality does vary, but alongside the inferior balustroids some very fine examples were also produced.

Stem forms have no dominating knop and can have multiple knops in a great variety of combinations; wines glasses dominate the group with small gins being quite common. Goblets are best represented by the "Newcastle Light Baluster" which are considered by many to be unmatched in their beauty of form, elegance and manufacture. This, along with the soft lead metal, meant they were soon adopted as the preferred glasses for Dutch wheel engravers who produced some of the finest engravings on glass in the 18th century.

The best of these glasses no doubt originated in England. Whether this was Newcastle or any of the other glass making centres such as London, Bristol and Stourbridge is an argument that continues. It is, however, accepted that as the perfected lead metal became more widely available to continental European glass makers - lead glass in the Façon d'Angleterre style was being made in places such as the Low Countries and parts of Germany along with Scandinavian glasshouses.

This section features fine examples of balustroids in all their varied forms as well as fine Dutch engraved light balusters along with Dutch stipple engraved glasses as available. 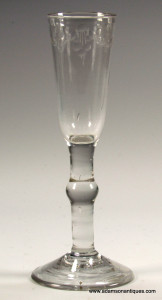 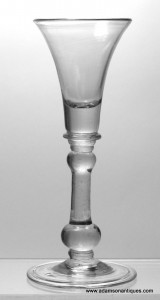 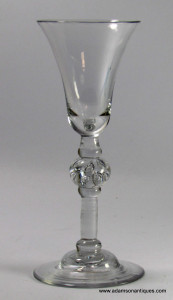 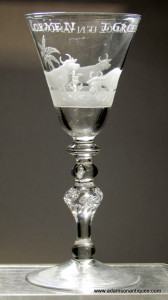 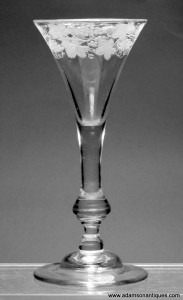 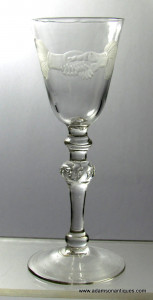 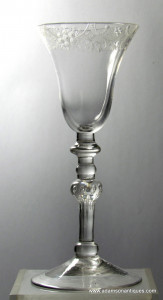 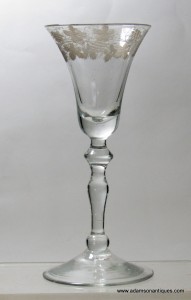 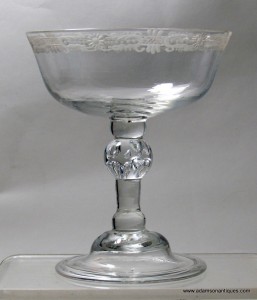 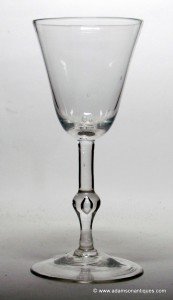 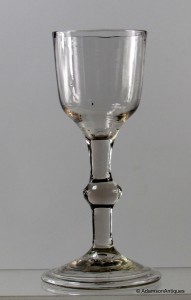 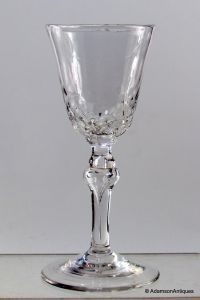 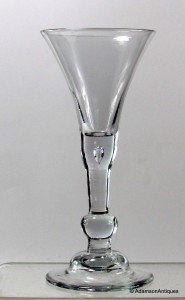 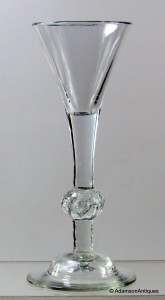 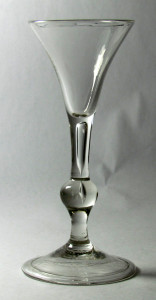 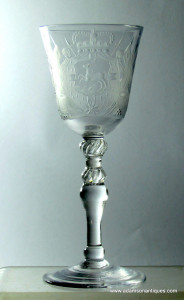 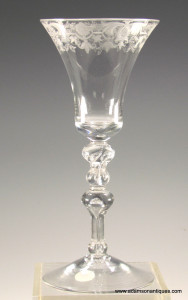 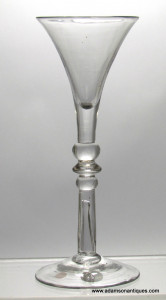 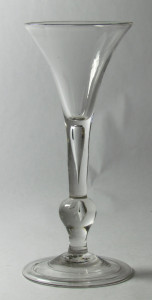