Following the success of air twists the Georgian glassmakers began to work with enamel canes, these of course do have a precedent in continental glasses such as the Venetian lattacino and filigranna glasses, and you will also find twist stems many with colour in central European glasses that pre date the English opaque twist by some 50 or more years.

Once produced in their many and varied forms the opaque twists were a huge success with the glass buying public. For this reason surviving opaque twists probably outnumber all other forms of 18th century glasses.

Almost all types of vessel and bowl forms will be found having opaque twist stems with the ogee and bell being the most frequent. The variety of foot forms is greater than with air twists, probably due to the availability of many more dram glasses, here you will find the usual forms of conical with or without fold and also the domed foot, terraced feet being particularly popular.

For those who wanted to specialise in collecting opaque twists - with over 150 varieties of twists on a large variety of bowl and foot forms there should be enough keep even the hungriest collector busy for a very long time. 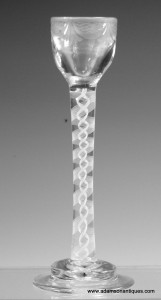 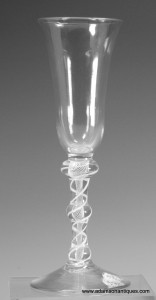 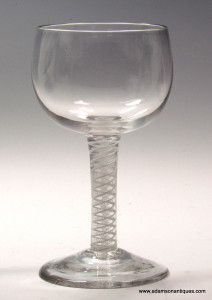 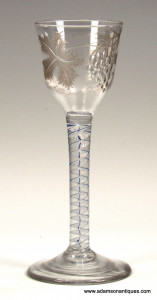 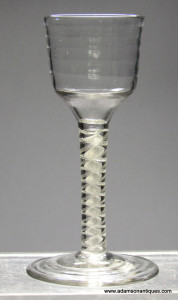 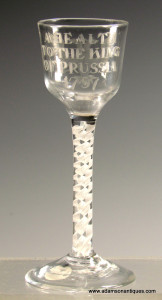 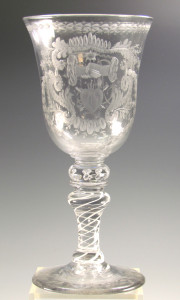 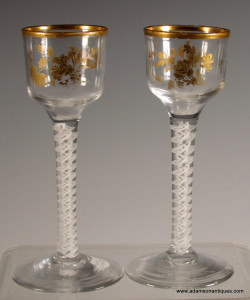 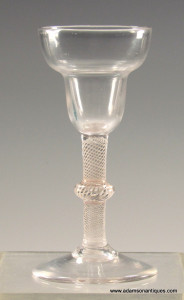 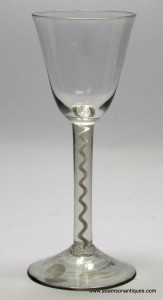 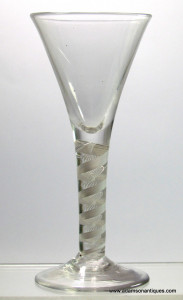 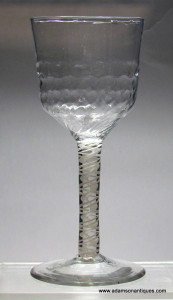 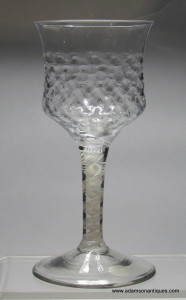 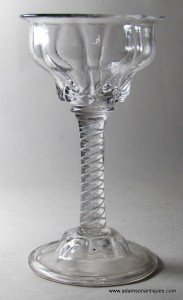 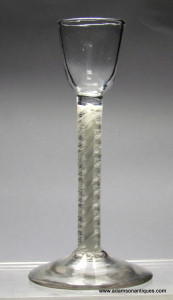 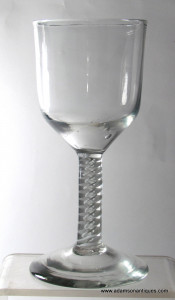 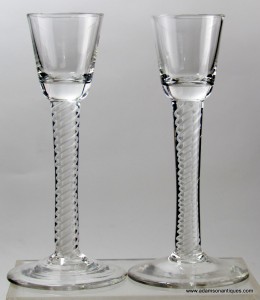 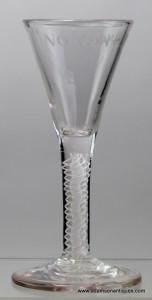 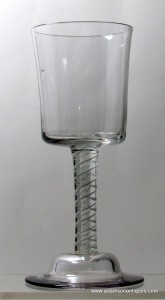 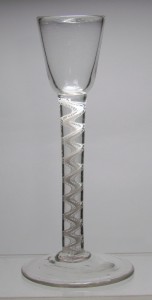 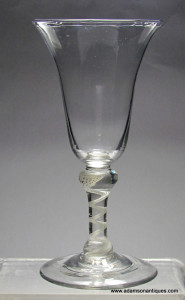 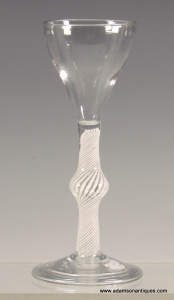 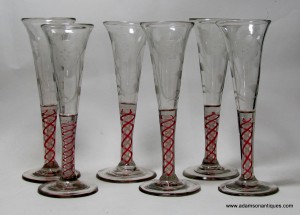 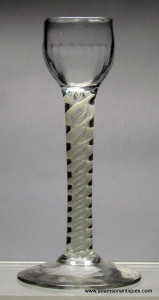 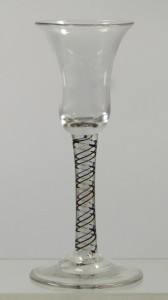 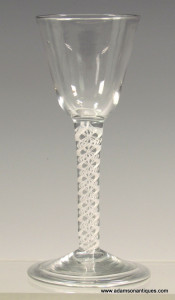 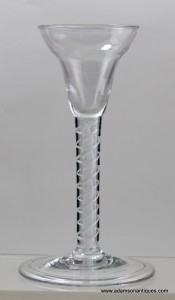 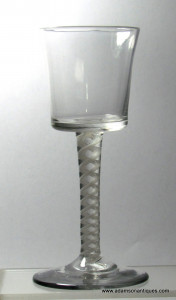