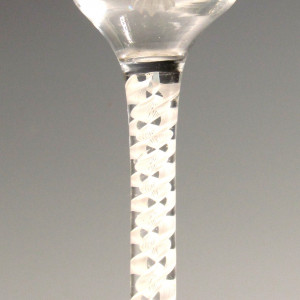 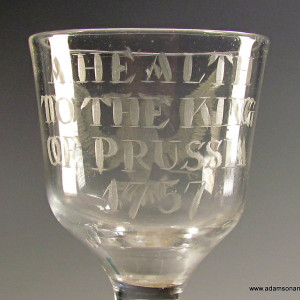 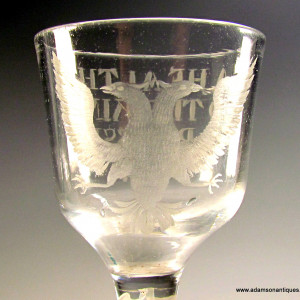 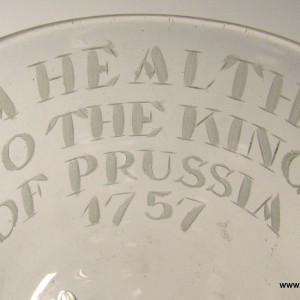 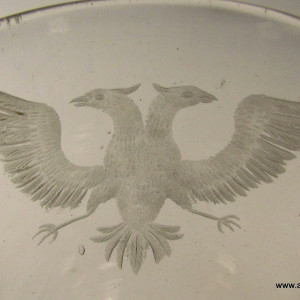 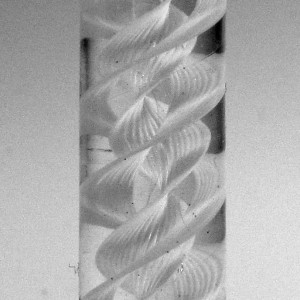 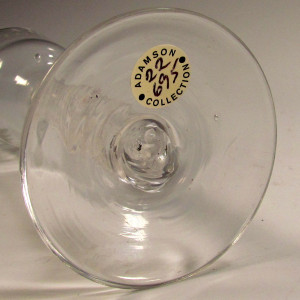 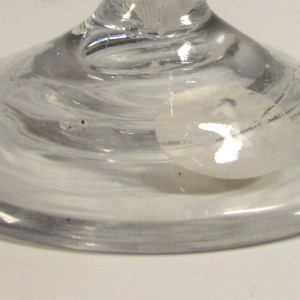 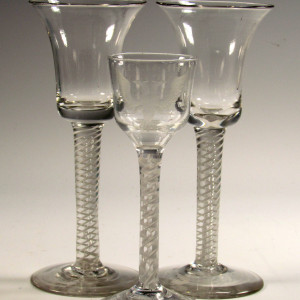 A very rare wine glass, the ogee bowl decorated with the inscription A HEALTH TO THE KING OF PRUSSIA 1757 and to the reverse the Prussian double headed eagle, over a double series opaque twist stem , all on a plain conical foot .

The inscription refers to King Frederick II of Prussia (1712-1786) also known as Frederick The Great, he was Britain's ally and King George the II's nephew, and with his many military achievements he was almost more popular in England than King George himself, this glass dated 1757 almost certainly commemorates his success at the battle of Rossbach in1757 during the seven years war (1756-1763) when Great Britain and Prussia were in alliance against Saxony, France and Russia.

A rare and important glass in perfect original condition