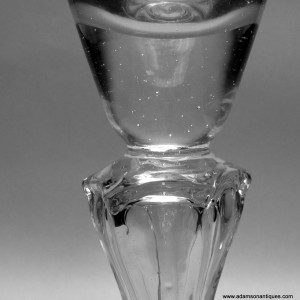 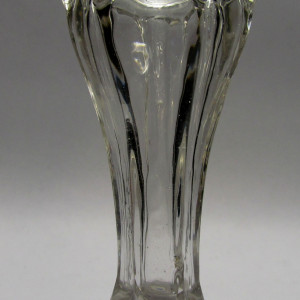 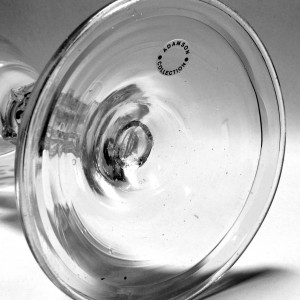 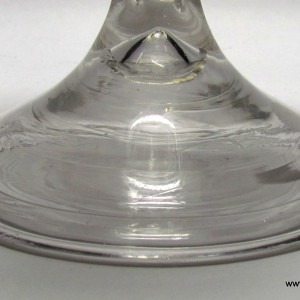 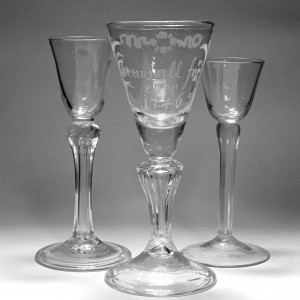 A rare pedestal stem wine glass (non lead) having a round funnel bowl with solid base engraved with "Cornwall for ever" and dated 1746 with floral surround , over a hollow six sided pedestal stem with arched shoulders,all on a folded conical foot .

Probably produced for Sir Robert de Cornwall during his campaign for election as MP for the town of Leominster which in the 1747 general election was successful ,he represented the town in the Whig interest until 1754,it is also interesting to note that he was appointed as Provincial Grand Master of the Freemasons in the Western Shires in 1753,

A rare glass with both electioneering and Masonic interest, in perfect original condition.

Probably the glass which is discussed and illustrated in Glass Notes No 16 by Arthur Churchill Ltd, December 1956