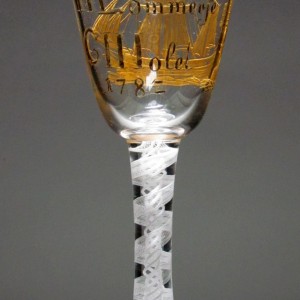 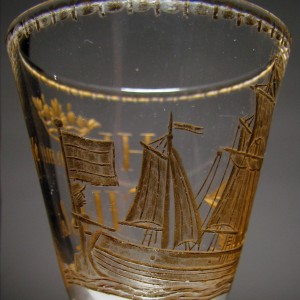 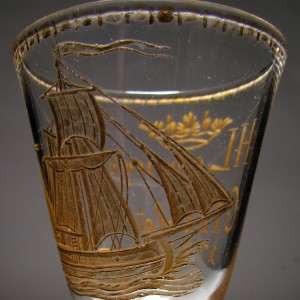 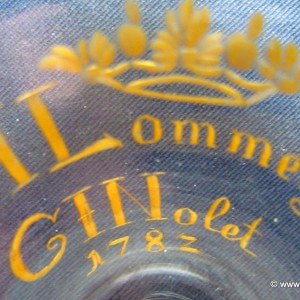 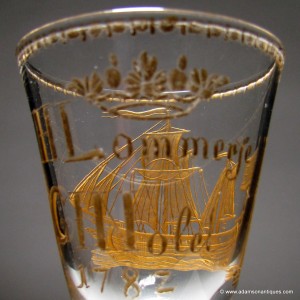 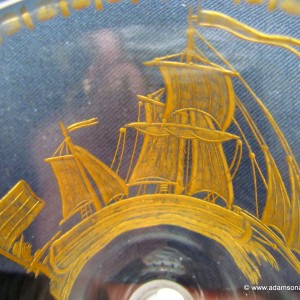 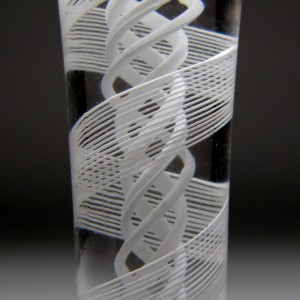 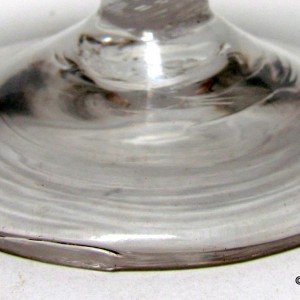 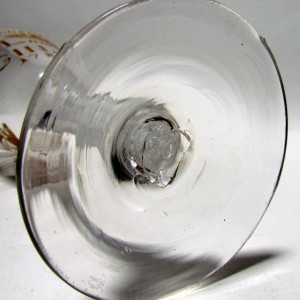 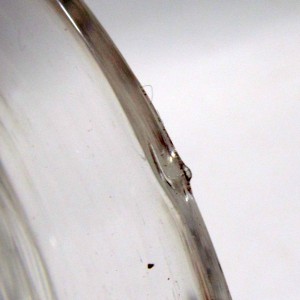 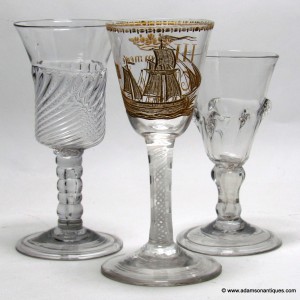 A rare and interesting engraved and gilded wine glass featuring a ship in full sail and on the opposite side the names H Lommerese and G I Nolet which has a crown above and is dated 1782 below,

Both names are Dutch in origin so possibly a marriage glass , Nolet is in fact the name of Hollands oldest producer of Gin though Jenever is its Dutch name, could the commissioner of the glass be having a little play with words with some knowledge of English , I contacted the Nolet Gin producers and they could not throw any light on the subject, so a little investigation would be possible for the next owner.

the large round funnel bowl sits on a double series stem and a plain conical foot which displays several re assuring tool marks and shear marks guaranteeing it's originality,the gilding which is particularly fine is in pristine condition,as is the rest of the glass