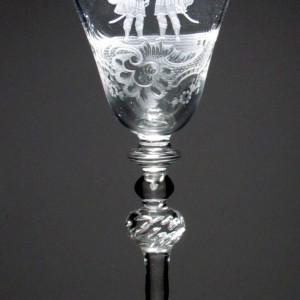 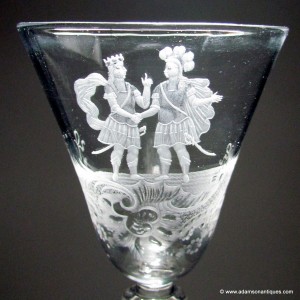 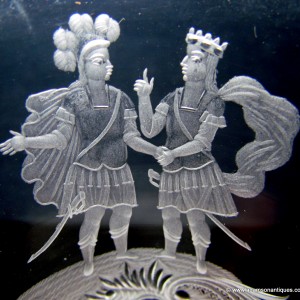 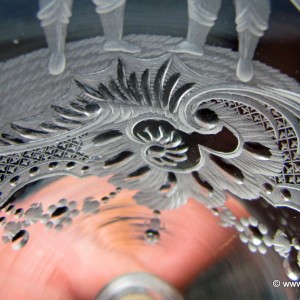 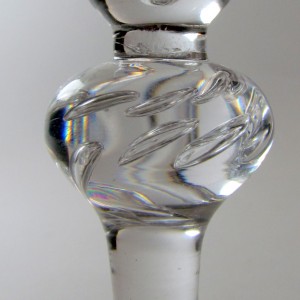 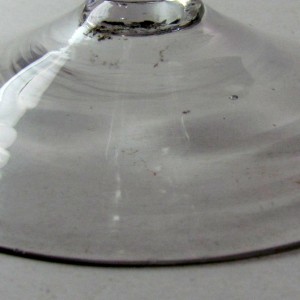 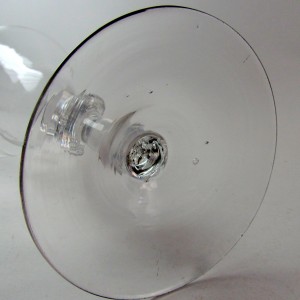 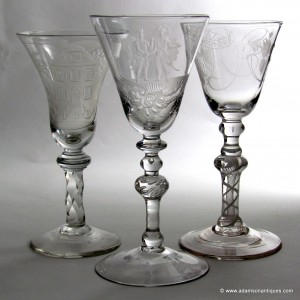 David and Jonathan were heroic figures in the kingdom of Israel who formed a covenant of friendship which is recorded in the "books of Samuel", The biblical text does not explicitly depict the nature of the friendship, the traditional and mainstream religious interpretation of the relationship has been one of platonic love, some later literature drew upon the story to underline strong personal friendships between men, some of which could perhaps be described as romantic friendships.

The very fine engraving is wonderfully executed with superb polished details,although unsigned it is most likely from the workshop of Jacob Sang in Amsterdam.

An excellent example of this popular subject in superb original condition