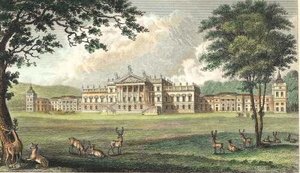 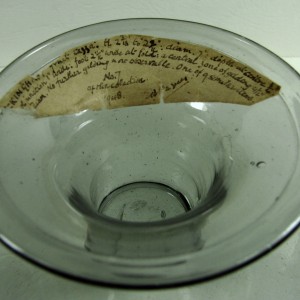 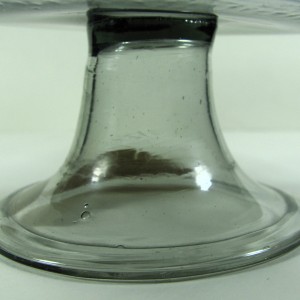 In Autumn 1948 a collection of early glass appeared for sale at Christie's in London and although offered anonymously, it was disclosed the glass was consigned from Wentworth Woodhouse. The entire collection was purchased by Churchill's and details were published in their Glass Notes no. 9, December 1949, pp.11-19. (full details available )

It was Barrington Haynes' opinion that the tazzas most probably came from the Buckingham Glass house in Greenwich and had been in Wentworth Woodhouse since the mid 1600s. Current thoughts are that Greenwich is unlikely to be the origin and is more likely to be from another London glass house or possibly even Stourbridge.

Wentworth Hall was built in the mid 17th century, and at the beginning of the 18th century became known as Wentworth Woodhouse, when it was expanded to 365 rooms, then and now the largest private residence in England, and twice the size of Buckingham Palace.